I found the Martin Committee’s Report impressive and was not intended to sit on a shelf as a ‘forgotten dream’. It required widespread support and a complete change in direction by legislators, regulators, customers and banks.

The Committee was drawn to the idea of the Code of Banking Practice being enforced as a contract. The Code would have fair terms for customers and would set out terms in the banking relationship not dealt with by the substantially unequal parties.

Martin noted the banks went about disclosing information ‘when it suits and denying access when it does not’. The Code would therefore be a contractually enforceable document monitored by the Trade Practices Commission.

To ensure fairness, there needed to be an industry-based dispute resolution scheme. It was noted by the FOS that most complainants came directly to them, demonstrating the ineffectiveness of the banks internal dispute resolution procedures.

The Committee reported disputes arise because customers are unaware of their rights and the FOS recommended improving bank/ customer communication. There was a need for contracts to be written in plain language to avoid disputes.

For the Code of Banking Practice to be effective, it required independent regulation with appropriate penalties. Talk’s cheap. (bla-bla-bla). My research found the Martin Committee played well at first, but Banks won: 1-6; 7-6; 6-2 and 6-0.

The 1996 Code was drafted by the Australian Bankers’ Association. There was no indication the banks would comply with a pre-condition of the Attorney General’s Department that the Code be ‘very vigorously administered.’ FIND MORE...

In researching this paper, three things were benchmarks in helping me form my views on the fairness of bank/ customer relationships. The first was the 1991 Martin Committee’s report, ‘A Pocket Full Of Change’.
The Martin Committee expressed a need for cheap, speedy, fair and accessible alternative to the court system if customers were to receive justice in bank dealings. A Code of Banking Practice was a way of remedying many unfair practices in banking.
There need for fairness in the bank/ customer relationship struck a chord with the Committee members and the proposed 1993 Code of Banking Practice was a ‘way to remedy many of the unfair practices prevalent in banking industry.’
The Code would provide information for customers to refer to and include provisions to ensure they were provided full details of the banking products they use, and provide a means for an independent review on the fairness of bank products.
Banks' superior resources can delay a case for years. Martin examined litigation and its inherent difficulties such as high costs, powerful position of banks, unnecessarily protracted proceedings and failure to ensure adequate discovery.
This was summed up by Former Governor General and Justice of the High Court of Australia, Sir Ninian Stephen: ‘The Chief Justice of [NSW] said to me just the other day on his salary he could not possibly afford to litigate in his own court’. FIND MORE...
Posted by Bank Info Line at 12:41 AM No comments:

In 1999, Minister for Financial Services and Regulation, Joe Hockey, responded to the Wallis review: “The Government’s goal is to increase competition… in banking while it preserves integrity, security and fairness”.
Hockey established the FSAC to provide advice on the application of self-regulation.
He said:
I have a great belief in allowing [banks] to regulate themselves… [If they are] unable to maintain appropriate standards through self-regulatory means… I will look to prescribe the Codes to make lack of compliance illegal and subject to enforcement under the Trade Practices Act…
The ABA key appointments:
2000 - Richard Viney; appointed to review 1996 Code;
2001 - David Bell; was appointed as ABA Chief Executive;
2002 - Gail Kelly; was elected as ABA Deputy;
2003 - John McFarlane; replaced David Murray as Chair.
In the Viney submissions:
Joint Consumers said: ‘compliance with monitoring, complaints handling, enforcement of sanctions against banks breaching the Code, public reporting of compliance and powers to remove Code subscribers.
ASIC requested: ‘external monitoring, provisions to sanction, publicity of breaches and regular Code review…
Standards Australia stated: issue of fairness in complaints procedures must be available to the public and public should be given reasons for a decision not to uphold complaint, and information about appeal rights.
In 2004, the banks demonstrated their lack of ethics by discarding all the principles of fairness by restricting the Code monitors from carrying out their duties. FIND MORE...
Posted by Bank Info Line at 7:55 PM 1 comment:

Chapter 6 - A SPOONFUL OF VINEGAR SOURS THE WINE

When I was researching this chapter, it reminded me of the dangers of businesses' and government's policies being influenced by people with totally different values.

The Financial Sector Advisory Council was established by government in 1998, following the Financial Systems Inquiry. FSAC mission was to provide Treasury with advice on developing a competitive and viable financial sector, with fairness.

FSAC members have diverse backgrounds and came from different banking and finance sectors. They include respected business leaders like Maurice Newman AC, Charles Curren AO and Ian MacFarlane, and CEOs who supported the problematic code.

In 2005, the Gail Kelly and Linda Nicholls were FSAC members and had questionable views on fairness. Kelly was ABA Deputy Chair in 2003 when the toxic Code was published and both were St George Bank directors when it supported dual contracts. Wayne Swan re-appointed Ms Kelly in 2008.

In 2012, the FSAC members included Gail Kelly and Bendigo Bank's CEO Mike Hurst, and both were said to be CCMCA members. It was the CCMCA who designed the dual contracts that were submerged below the problematic code. FIND MORE...

Posted by Bank Info Line at 4:12 PM No comments:

I considered the 1991 Martin Committee's report because it led to the first Code of Banking Practice. Any celebration was short-lived because the Howard changed direction and gave the green-light to banking competition, and later supported self-regulation in the banking sector.

In 1996 – Following the Government's failed efforts to publish the first Code, the Australian Bankers' Association members published their own Code.

Also in 1997 – ASIC is established to oversee consumer protection. Jillian Segal was its Deputy Chair, and later appears in this report as a Director, National Australia Bank.

In 1998 – APRA is established as prudential regulator with powers to oversee the banking sector but is blinded by questionable bankers and less than superior banking practices.

As a result, 25M Australians, who were entitled to honest bankers, fell victim to John Howard's crazy self-regulation policies with little or no oversight by government's watch-dogs. The new breed has taken control of the banking sector with less than honest practices, and have rewarded themselves with gigantic pay packets. FIND MORE...
Posted by Bank Info Line at 2:25 AM No comments:

I found this an important chapter because the Martin Committee inquiry into the Australian financial systems endorsed the need for competition, as did the Campbell Committee ten years earlier, however, an efficient market is essential.

Campbell threshed out the advantages of co-regulation, which like ‘self-regulation supports competition, but with limited government involvement to ensure the desired prudential objectives are achieved effectively and equitably.’

The Campbell Committee advanced on the premise ‘the most efficient way to organise economic activity is through a competitive market system, which is subject to a minimum level of regulation and government intervention.'

It's view was ‘vigorous competition is essential for efficient operation of financial markets’ and potential conflicts of interest could be avoided by broadening membership of the self-regulating body, however, twelve bank CEO's demonstrated an efficient market is essential.

The Ray Committee expressed the same view with respect to these shortcomings, which have surfaced in the banking sector since 2003. The Rea Committee commented on self-regulation and the essential need for government’s role in the regulatory process.

This paper suggests regulation and competition do not compete if regulatory bodies are effective. The Australian banking sector, however, is testament to less than satisfactory Government oversight of regulators. FIND MORE...
Posted by The Australian Bankers' Problematic Code at 1:24 AM No comments:

I found the research for this paper exposed acts of dishonesty by bank CEO’s when the introduced the twisted the use of key words ‘a complaint’ with ‘a dispute’.

The Code/ constitution relationship seems to have been designed by the CEO's to mislead bank customers, and raise legal questions that were wicked.

Did the bank CEO’s intend to mislead customers promoting the Code after they engineered the constitution, taking away the Code monitors powers?

In the Code, was the section headed ‘resolution of disputes, monitoring and sanctions’ simply a lie as the CEO’s had already imposed the constitution?

Did CEO’s intend to take away their customers’ protection principles when they engineered the toxic Code and the CCMCA constitution rip-off?
So who is responsible?

This paper refers to the conduct of all twelve banks in part 2, in the sections referring to the ‘movers and shakers’ in banking industry since 2003. FIND MORE...
Posted by The Australian Bankers' Problematic Code at 1:20 AM No comments:

The bank admits there is a dispute and the Code defines disputes. The Code monitors who monitor ‘all complaints’ are bound by another bank contract and they don’t investigate ‘all disputes’.

Now, 22M individual and small business customers can take their bank to court. First, work out how much the bank will spend to cover up corruption - $1M, $2M or $20M, and double it.

This paper explains how the Martin Committee took exception to this, and the 1993 Code followed.

Chapter 1 sets out my insight into problematic banking, in 2008. I found the 2003 Australian Code of Banking Practice was toxic.
My investigations into the Australian Problematic Code coincided with the emergence of Bernie Madoff's documents in the US.
In the US, SEC reported the botched investigation into the Madoff affair was due to inept staff failing to investigate allegations referred to them.
On 11 December, Madoff pleaded guilty to eleven felonies of operating a scheme and defrauding thousands of investors of billions of dollars.
I found Australian bank CEO’s devised an arrangement that was deceptive, taking away the rights of 22M Australian individuals and small business bank customers.

I reported this to the Council of Small Business and that started two years of investigations into how treasury allowed this to happen undetected. FIND MORE...
Posted by The Australian Bankers' Problematic Code at 1:09 AM No comments: 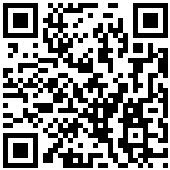